I’ll be the first to admit that our family hasn’t always had a realistic or healthy relationship with screen time. Prior to actually becoming a parent, I had so many ideas about the kind of mom I would be and the rules I would have about screen time for my kids. Because the research on screen time is always evolving, I thought it would be safer to ban it all together while my son was young.

I thought I had it all figured out… and then motherhood actually happened.

Suddenly all my ideas and expectations about screen time went out the window when the sheer exhaustion of parenthood set in. Like many parents, I was looking for a way to get five minutes of peace… whether it be a sip of coffee, a bathroom break, or anything that doesn’t involve redirecting a toddler tantrum.

The problem began when I became addicted to the feeling that I could get other things done while my son was occupied by a show. Five minutes turned into 15 minutes, which turned into 45… and it was becoming harder and harder to turn the TV off. He was getting dependent on screen time to keep himself entertained and happy, and I started seeing more behaviors as a result. The more I turned it on, the more he needed it.

One night I told my husband that something needed to change, because I couldn’t imagine fighting this battle over screen time for the next 18 years. That night we set some healthy boundaries for our little guy in terms of screen time, and now we finally feel like we have a good balance that works for our family. Here are 6 healthy screen-time habits to consider implementing in your home:

When looking at what makes a show appropriate for our kids, it’s important to keep in mind the overall theme of the show and the kind of language the characters use. Is the show displaying positive interactions between parents and children? Are the characters doing or saying things that we wouldn’t want our kids doing or saying? Take a look at the graphics and visual effects of the show. What is the overall speed? Are the characters and scene transitions changing every 5 seconds? The faster the show moves, the less your child’s brain has to focus on what is actually happening and it can affect your child’s attention span in the long run. I notice that when my son watches too many fast-moving shows with very bright colors, he becomes less likely to stay engaged with the slower moving shows that have more character conversations.

This tip came directly from my son’s pediatrician. Even though they can’t read yet, very young children can start to recognize words in print when they are exposed to them frequently. Having the subtitles on is a way to provide that print exposure with virtually no effort on our part – just turn them on as a regular part of the experience. For simplicity sake, we keep our subtitles on all the time even when it’s just my husband and I watching!

3. Engage your child during shows

You know that “glazed over” look your child gets when they are really into a television show? A lot of the research regarding screen time suggests that it isn’t screen time itself that is detrimental to young children, it’s what they are missing out on while having screen time. This includes language, play, and social opportunities. Whenever possible, engage your child in conversation about what is happening while they are watching a show or movie. Ask questions about the characters or make comments about what you are noticing. Ask your child what they think about certain choices a character has made or what they think might happen next. Even during screen time, the language and social opportunities are there when we make an effort to look for them.

4. Have a specific time of the day when it’s allowed

Having a consistent time of the day when your child has access screen time can help make it more predictable for your little one. Knowing when to expect it helps keep your child from asking (or begging!) all day long. Try capitalizing on times when you can really use the uninterrupted space such as dinner prep, or mid-day as a rest time for non-napping children.

One of the best ways to avoid a meltdown when screen time is finishing up is by having a concrete ending point. Movies have a concrete “end” that can make it easier for children to transition to the next activity. Many tablets have applications that shut down access after a certain amount of time. Clearly state your expectations at the beginning of screen time about how long your child has, and stick to it! As the time limit is coming to an end, make a suggestion about what your child can do next. Try saying, “Your show has only two more minutes left in it, start thinking about if you would like to play with your blocks or read a book next.”

6. No screens in kid’s bedrooms

This is especially important as kids get older. It can be very difficult to monitor what your kids are accessing on the TV, computer, or phone when they are not in common areas of the house. By having a “no bedroom” policy, you can be more involved with your child while they are having screen time and ensuring their cyber safety.

Screen time is a widely debated topic, but it’s really up to each one of us to determine what is an appropriate amount of screen time for our kids. These 5 simple tips were what helped my family find the healthy balance that we were looking for to make screen time more peaceful and purposeful in our home. It’s more intentional now. It’s more about the time spent together and less about finding a distraction. And though we are nowhere near where I hope we’ll be in this parenting journey, setting healthy limits on screen time is the best decision we’ve made thus far.

How about you? How do you set healthy limits on screen time in your home? Share with me in the comments below!

18 thoughts on “Healthy Habits for Your Child’s Screen Time” 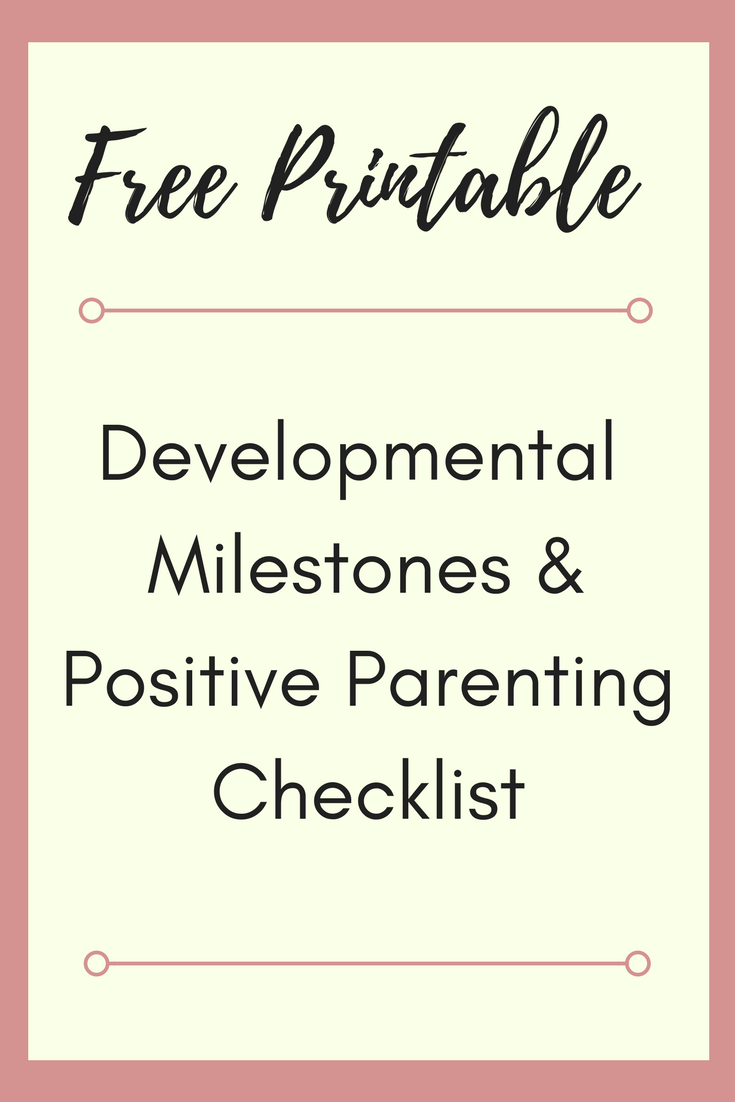 Sign up to get a free Positive Parenting and Developmental Milestones Checklist and start being a calm and connected mama today!
Your information will *never* be shared or sold to a 3rd party.
Loading Comments...